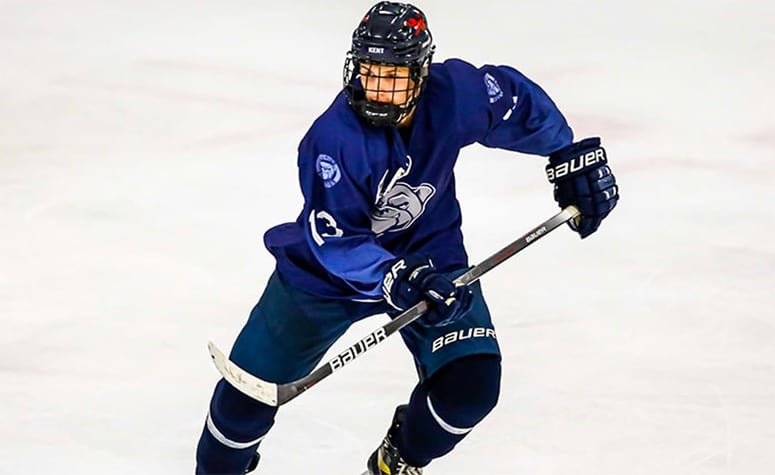 Giovanni DiGiulian was vital for the Junior Bulldogs at the Beast playoffs. (Brian Kelly/NYHJ)

ATTLEBORO, Mass. — The Yale Junior Bulldogs won the Beast Series Playoffs at the 18U Division in thrilling fashion Sunday afternoon at the New England Sports Village.

He brought the puck out from the left wing corner and snuck one past Gulls goaltender Aiden Wright. Recent Yale commit Rudy Guimond picked up the shutout victory in net for the Junior Bulldogs. Steve Novodor, Jon Bellonio and Shawn Conner’s team was able to win without its top player, Northeastern recruit Joe Connor, who has been out with an injury.

Below is a look at my unofficial all-tournament team from the 18U division at the Beast Series Playoffs: