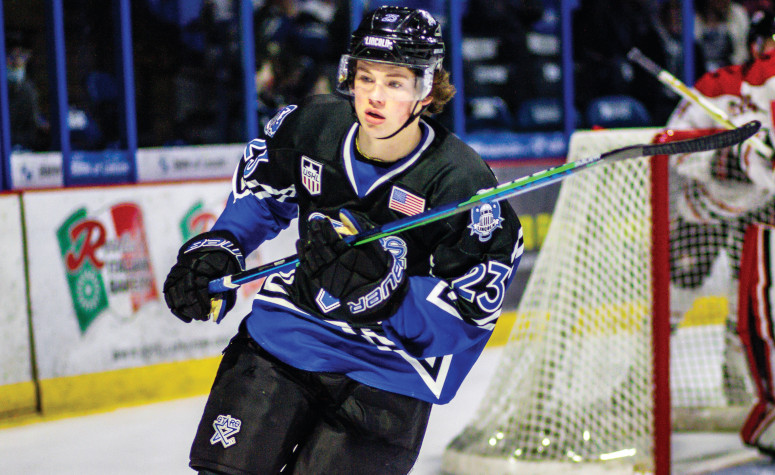 During the summer, Christian Kocsis enjoys going to the beach, particularly the Jersey Shore. The Middletown, N.J., native also likes to golf and hang out with his friends. But don’t let his laid-back pastimes fool you. The 17-year-old is on a mission to play in the National Hockey League in the future.

“I picked up hockey when I was 3 years old and fell in love with it,” Kocsis said. “Hockey has always been my top priority. Being able to go to the rink every day is my dream, and I’ve been chasing that dream ever since I was a kid. Hopefully one day I’ll be able to put on an NHL uniform.”

A 5-foot-11, 165-pound forward, Kocsis is taking another step in that direction this campaign when he plays his first full season with the Lincoln Stars in the United States Hockey League. He appeared in six games with the Stars in 2020-21, with one assist.